Experiments Performed to Discover the Science Behind Blowing Bubbles:

According to the researchers, one of the methods to blow bubbles is by pushing a steady but strong wind blow on a soap film through a circular wand. This will cause it to grow into a bubble. This method is intuitive but it is not much common. The other method of blowing bubbles is the one we often use as kids. Here, we push wind on an already-inflated film gently in order to drive its further growth. 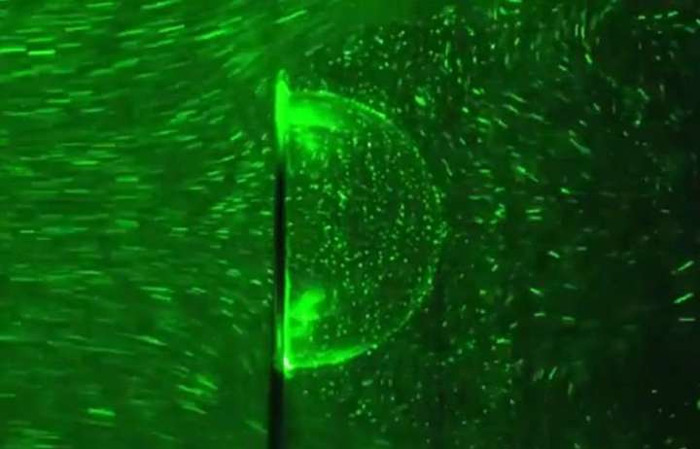 According to the researchers, the bubbles blow in the second method as the quick puff bends the film in the outward direction and after that, the film keeps growing as the flow of air slows. The bubble blowers we usually see in the gardens follow the first technique to make bubbles. They walk sufficiently fast with a soapy loop of rope in the open air. Once there is enough relative wind to stretch out the film, we see bubbles blowing out.

Their research got published in the journal Physical Review Letters. The results obtained point to the potential applications in the consumer products which contain bubbles or droplets. These products include foams, sprays, and emulsions containing combinations of unmixable liquids.

The main point of this research was to study the interaction between the liquid film with an imposed flow of an external fluid. In this case, the researchers took the soapy water as the liquid film interacting with the air as an external fluid creating bubbles with an imposed flow. This study is crucial to understand how the industrial production of many chemical products could be enhanced.

To break down the science behind the process, the researchers replicated the blowing of bubbles using oil films suspended in the flowing water. They used a wire loop wand to push the flowing water through it. According to them, they were able to control and measure the flow by using water as an external fluid instead of air. This also assisted them in conducting the experiments successfully.

The researchers combined their experimental observations with the predictions drawn from mathematical models. In this way, they explained the forces behind the production of the resulting film shapes. Their findings suggested a precise set of instructions related to blowing bubbles and the production processes involving this process. This research assisted them in estimating the wind speed required to push out the film and cause it to form a bubble. They also determined different parameters on which the wind speed depends like the size of the wand.