After making efforts for nearly two decades, Elon Musk’s aerospace company, SpaceX has finally launched its spacecraft in the orbit successfully along with two veteran astronauts from NASA. This flight marks a new age of human launch into the orbit from the US in nearly a decade. 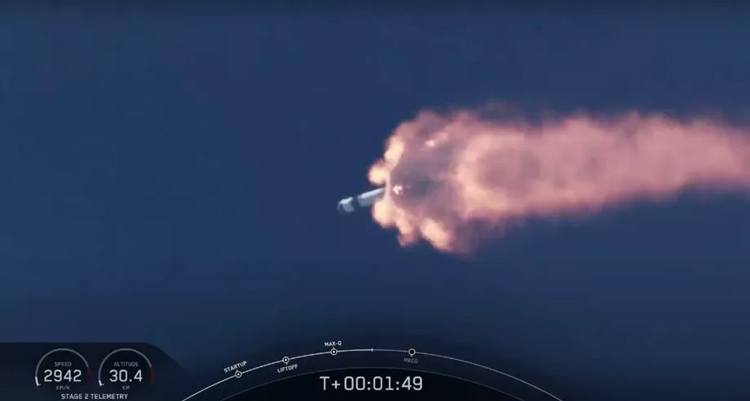 SpaceX designed a new gumdrop-shaped capsule strapped inside the sleek to take people to and from the International Space Station (ISS). They named it Crew Dragon. And the two astronauts who rode inside it were Bob Behnken and Doug Hurley.

The two astronauts were lifted off on top of SpaceX’s Falcon 9 rocket in the Crew Dragon from NASA’s Kennedy Space Center in Florida on Saturday. The rocket dropped the spacecraft into the orbit about 12 minutes later. Now, they would roughly spend the next day in orbit before attempting to dock with the International Space Station on Sunday morning.

The Falcon 9 rocket of SpaceX also landed successfully on one of the drone ships of the company following takeoff, thus making for a smooth launch throughout. 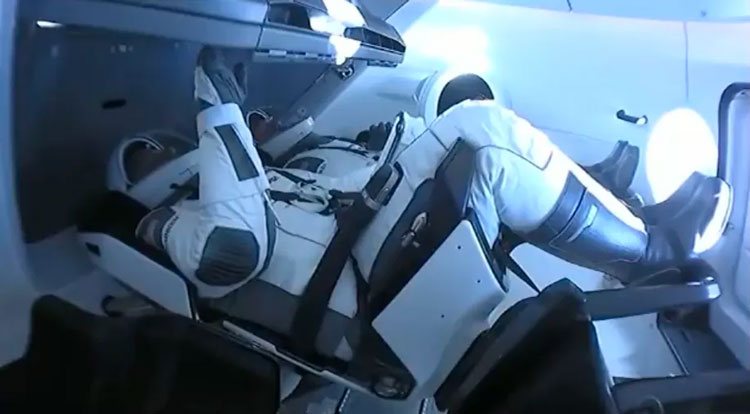 This launch event was a critical moment for SpaceX with the sheer purpose of sending humans into space and building settlements on Mars. It was also a final major test for the company as part of NASA’s Commercial Crew Program.

In this regard, NASA enlisted two companies, SpaceX and Boeing, to design and manufacture new spacecraft that could regularly carry the astronauts of the agency to and from the space station. After six years of developing and testing the Crew Dragon, SpaceX pulled ahead in the race and launched humans into space before Boeing.

This was a big test flight for the company to determine if Crew Dragon could send NASA astronauts to the ISS on a regular basis in the years ahead.

Last time NASA launched Space Shuttle on 8th July 2011, which carried people from the US to orbit. Since then, the Soyuz rocket of Russia has been the only vehicle available to perform crewed flights to the ISS. Moreover, just one seat on the Soyuz rocket runs NASA about $80 million. Thus, Crew Dragon flight carries enormous weight for the US.

This Commercial Crew Program by SpaceX was created to end NASA’s reliance on Russia but it has just become a new way of doing business at NASA. For all of spaceflight history, the government takes charge of overseeing the design, production, and operation of spacecraft that takes humans into orbit.

With the Commercial Crew Program, NASA wanted the private sector to get involved. So, NASA contracted with SpaceX and Boeing in 2014 to fly their vehicles into space by 2017. However, due to technical delays and testing failures, the program was set back, but eventually, SpaceX marked the history by achieving the milestone today.

Mars to get first US visitor in years