It is always very challenging for the researchers and scientists to unfold the mysteries of the climate changes which happened on Earth in the past. However, it’s essential to understand what triggered the major shifts on the planet in the past in order to cope up with the upcoming climate changes. After all, humans are already altering the planet in profound ways. These days, the scientists have claimed that they might have resolved one of the most perplexing mysteries of Younger Dryas.

What caused the Younger Dryas?

The scientists had always wondered what was the cause behind the Younger Dryas which occurred around 13,000 years ago when the last ice age began to retreat. At that times, the sea levels were rising as well as the global temperature was on the upswing. All of a sudden, the temperature of the northern hemisphere dropped down again and it remained frozen for another thousand years. The researchers called that chilly period as the Younger Dryas.

Formation of the Glacial Lakes during the Younger Dryas

Recently, a team of researchers from three institutes i.e., Oregon State University, Woods Hole Oceanographic Institution, and the University of California-San Diego, decided to study the formati on of the glacial lakes and the abrupt climate change during the Younger Dryas period.

For this purpose, they studied the composition of some of the ancient shells from that era, known as foraminifera. According to their research, when the ice age ended, the fresh water from the glaciers in the northern hemisphere drained into the oceans. Due to the massive glacier melting from the Arctic, the Atlantic Meridional Overturning Circulation (AMOC) got interrupted. Consequently, the global climate altered to a great extent. This affected the climate across the European and the North American regions as well and those regions substantially cooled down for a long time. 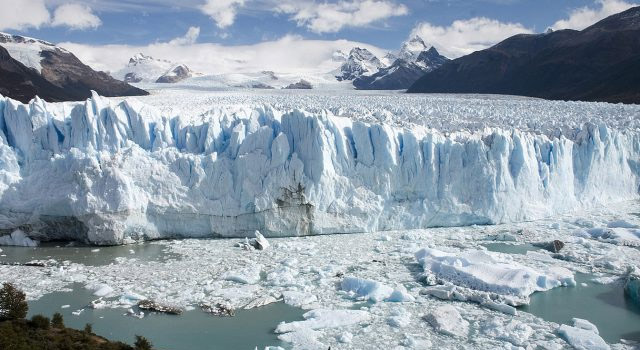 Since the oxygen on the Earth is in the form of isotopes. More than 99% of the oxygen is in the form of oxygen-16 isotope. This isotope is lighter in weight compared to the other isotope oxygen-18, which consists of two additional neutrons. Due to its lightweight, the oxygen-16 isotope evaporates faster. And it is more likely to fall in the form of snow in the northern latitudes than the heavier oxygen-18 isotope. For this reason, the ratio of oxygen-18 is lower in the glaciers compared to that of oxygen-16. Based on this fact, the scientists analyzed the oxygen content of the foraminifera and found out that the ratio of oxygen-18 isotope in the foraminifera was lower than the global background. So, they arrived at a conclusion that the glacial melting process was involved in the formation of the Younger Dryas.

The researchers think that the source of the water during the glacial melting process was the Laurentide ice sheet which covered the North American region. After building up in the form of massive glacial lakes, the substantial influx of water was reversed and changed its direction towards the open ocean. This is how the Younger Dryas evolved and caused one of the greatest climate change on the planet.

This research proves to be an important milestone in understanding the climate changes and the glacier melting processes occurring on the Earth. Scientists are indicating that the AMOC seems to weaken again as the global climate is altering gradually. However, they don’t think that another breakdown of the ocean currents might happen overnight. But humans are still required to strive for reducing the global warming and other such issues which might disrupt the overall climate of the planet.