In a recent study, the scientists have discovered water within the lower mantle of Earth. According to the new discovery, unexpected amounts of water is present about 640 km deep inside the Earth and possibly beyond. They got their research published in the journal Science. This study leads to new questions like whether we are aware of the presence of water down below our planet. Also what else we could find there.

The Diamonds’ Study Revealing the Existence of Water:

A team of scientists recently explored some sampling of diamonds which they obtained from around the world. They discovered microscopic pockets of a trapped form of crystallized water molecules in the sampling.

They followed various techniques to study the diamond samples from different locations in China and Africa. In these techniques, they used infrared light underneath a high-intensity X-ray machine known as the synchrotron. They observed tiny traces of crystallized water trapped in the spaces of the samples known as inclusions of just a few microns.

According to one of the team members, George Rossman, the water is trapped inside the diamonds under so much pressure that it has converted into ice. It is not like the ice that we usually see in our refrigerators. Rather, it is known as ice-VII which is formed as a result of pressure. Moreover, the presence of water in the ice-VII form is an evidence of the presence of water in the mantle of the Earth.

Results Obtained from the Diamonds’ Study:

The scientists also determined the temperatures and pressures at which the diamonds were formed with a specific structure. They estimated that the pressures due to which these diamonds were formed are approximately 24 to 25 GigaPascals. This pressure is about 224 times more than the pressure that exists at the bottom of the deepest point of the ocean in its Mariana Trench

Furthermore, the researchers estimated the depths at which the diamonds were formed. According to their estimation, most of the diamonds from random samples seemed to originate from the greatest depths of the Earth including the transition zone sandwiched between the upper and lower mantles of the Earth.

This research is a direct evidence of aqueous fluid present deep inside the Earth. The scientists are eager to further explore the diamonds from around the world. They will further estimate how much the fluid exists in the transition zone of the Earth and its distribution. They also explored the origin and formation of the ice-VII. Than they concluded that some of the inclusions in the diamonds were likely formed from the fluid present at the depths of 402 km to 547 km beneath the surface of the Earth. Some others might have formed at the depths of lower mantle ranging from 610 km to 800 km. 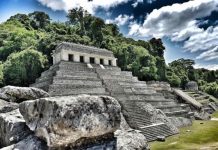 10 Most Beautiful Lost Cities in the World 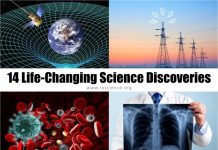 New Era of Astro-Physics: First Image of a Black Hole