During the course of history, different empires built exquisite cities of their times. However, those cities subsequently got abandoned and forgotten for long. Later on, most of these cities were rediscovered accidentally or through research by enthusiastic archaeologists. It happened that some wanderers stumbled upon the remains of the lost cities and people came to know about their existence.

The lost cities evoke a sense of magnificence, glory, and mystery. They are a reflection of passing times. That’s why people often visit them to get awareness about the past time.

Here we have listed some of the most incredible lost cities of the world:

Machu Picchu was built around the 1450s on top of the Urubamba hill in Peru. It is an ancient city of the Inca period. The archaeologists believe that this city was built as an estate for the Inca emperor Pachacuti. However, it got abandoned only in 100 years due to the Spanish invasion of South America. In 1983, UNESCO declared it as a World Heritage Site. Since then it is quite popular among the tourists. Most of the infrastructures of the city are still intact.

There is a whole compound in the city with 100 separate flights of stairs. Each flight consists of more than 3000 steps. All the individual staircases were carved using a single stone slab. Before 1911, this city was known locally only. In 1911, a Professor from Yale University, Hiram Bingham, re-discovered it. He also wrote a book about this city known as “The Lost City of the Incas”. This book contained all his findings and observations around the city.

The archaeologists have extensively explored this city to learn more about the Incan culture. They identified a royal area, a sacred area, a private neighborhood and an agricultural zone prevailing in the city. They have termed this lost city as an astronomical observatory where the stones are placed so accurately that indicates the two equinoxes. There comes a time when the sun sits directly over the stone and creates no shadow. This happens twice a year.

Angkor was a flourishing city in Cambodia from the 9th century until the 15th century. It featured one of the largest Hindu temple in the world known as Angkor Wat Complex. This religious monument was built by Khmer King Suryavarman II in the early 12th century. It was one of the official temples of the state at that time. Later on, the King was buried here after his death. Although it was initially a Hindu Temple, it is now considered as a Buddhist structure. It appears on the flag of Cambodia as well. It has been declared as a World Heritage Site in 1992. Since then, numerous local, as well as foreign and domestic tourists, have visited the city.

This monument is the best representation of the classical style of Khmer architecture. It was built to represent the Mount Meru which is considered as the home of the Hindu Mythology Lord Brahma and the demigod Devtas. Before the 16th century, this monument was known as Pisnulok which was the official title of the Khmer king Suryavarman II. Approximately 50% of the international tourists visit Cambodia to see the religious monuments. It is also featured on the national flag of the country. Due to its extreme beauty and divinity, approximately 2 million visitors pay a visit to the monument site annually.

Pompeii is one of the most famous lost cities in the world. When Mount Vesuvius erupted, this city got buried under the volcanic ash. Some of the people of this city escaped during the eruption, however, several people got buried under the ashes. Their remains were found later in the 18th century during the rediscovery of the city. The volcano of the city is still active. And the site has become one of the most famous tourist attractions in Italy today.

The archaeologists are still exploring the city to study the way of life that existed 2000 years ago, during the Roman Empire. They believe that Mount Vesuvius hadn’t erupted in over 1,800 years. So, the locals of Pompeii city had no idea that Vesuvius was a volcano. This city one of the popular spots for wealthy Romans to spend their holidays.

Petra is another most famous lost cities in the world. It was established in 312 BC in the valleys of Jordan. Most of the infrastructures in this city had been carved out of pink stone. That’s why it is known as the Rose City. This city is famous for its beautiful rock-cut architecture and the ingenious ways used in to carry water. It used to be a vital stop on the silk route. However, it was abandoned shortly after it was built due to a series of earthquakes. The earthquakes disrupted the water supply to Petra. For this reason, the inhabitants were forced to emigrate.

This city is listed as one of the spectacular Wonders of the World for its amazing architecture. Its architecture is estimated to be over 2,000 years old. The Bedouin of the Arabian Desert destroyed some of the most priceless carvings on the walls of the Treasury. They used those carvings as a target for shooting purpose.

Furthermore, the structure of the Petra Archaeological site got weakened due to the salt which blows away from the dead sea. That salt crystallizes on the columns of the building due to which the structure gets affected. The archaeologists predict that the monument was built during the Byzantine Era of the 5th and 6th AD. At that time, Petra became an important Christian Centre in the country.

Tikal is one of the lost cities which belonged to the Mayan Civilization. It was the capital of one of the strongest Mayan Empire until the 4th century. In the 4th century, Teotihuacan invaded the country and defeated this empire.  And later on, the city’s decline began in the 6th century. The city was finally abandoned in the 10th century.

Today Tikal is considered as one of the largest and most well-preserved Mayan sites. The archaeologists are studying the site further to discover the exact purpose of the pyramid-shaped temples. It is also a very popular site among the tourists who visit Guatemala.

According to the archaeologists, Tikal is the urban centers of the pre-Columbian Maya Civilization. This site was built using a limestone which included the remains of the temples. Those temples tower over 70 meters high with large palaces and a number of smaller pyramids, platforms, and inscribed stone monuments.

Teotihuacan is probably one of the most enigmatic lost cities in the world. Because the archaeologists are still unaware of its original builders. According to them, the city was abandoned about 1,400 years ago. And later on, the Aztecs took over the control. They also named the city as Teotihuacan.

It is a large urban complex stretched up to over 20 square kilometers. There are many distinctive pyramids in the complex. According to the estimate of the archaeologists, the peaks of the pyramids could have housed over a hundred thousand people. Apart from the pyramids, there are significant complexes and multi-family residential compounds on its premises. Those compounds are known as the Avenue of the Dead.

The builders of this city made sure that the small portions of its vibrant murals were well-preserved. The archaeologists believe that the city was built in 100 BC. While the major buildings were constructed until 250 AD. They estimate that the city was alive until between the 7th and 8th centuries AD. However, major monuments were sacked and burned around 550 AD.

Tiwanaku is one of the largest ancient cities in Bolivia. It is located near the famous Lake Titicaca. The archaeologists estimate that anywhere between ten and thirty thousand people could have been living in this city. However, this city got abandoned soon after it was built due to the unfavorable climate of the region. Despite the availability of water, the people living in this city could not produce enough food to sustain their lives. And soon they abandoned the city. Most of the infrastructures of this city are well preserved till date.

The archaeologists estimated that the local people arrived in this area around 200 BC. However, the city decline began at about 900 AD. It got totally abandoned until the turn of the millennium. The archaeologists believe that a severe drought hit the region that lasted for generations. As a result, the inhabitants faced severe crop failures and they had to either starve or migrate to some other region.

Palenque is another Mayan lost city located in the south of Mexico. According to the archaeologists, this city can be dated back to the 7th century. At that time, it was the peak of the Mayan rule. It remained forgotten and engulfed by forests for quite a long time. Later on, the archaeologists rediscovered it in the 19th century. However, they find the reasons why it got abandoned. They systematically excavated and restored the place to convert it into a tourist attraction.

Troy had been thought of a mythical lost city described only in the Greek classics like Iliad for a very long time. However, in 1860, an excavation in the coastal town of Anatolia found the remains of the city. The archaeologists confirmed that it was Troy. They studied the dilapidated buried structures further and revealed that the city was repeatedly attacked, destroyed, and rebuilt till the Byzantine era. It was finally abandoned during that era.

Atlantis is one of the famous mythical lost cities mentioned in Plato’s works. However, unlike the other cities on his list, the archaeologists couldn’t find any remains of this city till today. That’s why most of them agree that there is no such city. According to Plato, this city lied beyond the “Pillars of Hercules”. Moreover, it got submerged in the Atlantic Ocean due to its hubris. The possible location of this city is supposed to be anywhere from the Mediterranean to the Atlantic Ocean or even the Antarctic Ocean. So, many archaeologists still hope that this city could also be found one day just like Troy. 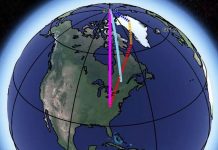 NASA observes wobbling of Earth worse than ever happened 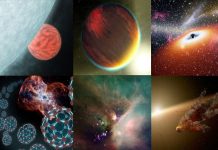 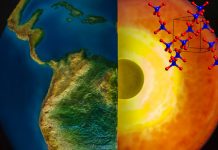 Existence of water in Earth’s lower mantle: A diamond study

Russia Loses Control of Its Only Space Telescope