Our Universe is both amazing and massive. Our solar system belongs to the Milky Way galaxy which is composed of billions of stars, planets, dust, and gas. Moreover, there are approximately two trillion galaxies present in the entire Universe. All the galaxies are full of amazing space discoveries. They also possess some specific shape and pattern.

Like our Milky Way galaxy is spiral-shaped. Many other galaxies are irregular or elliptical shaped. The gravitational interactions bound them all together. 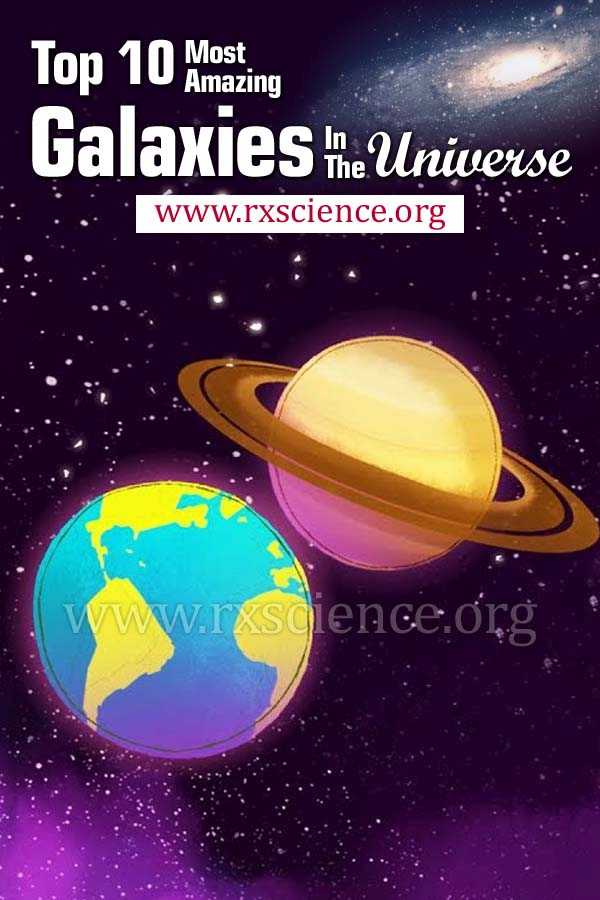 Here we have listed the 10 most amazing galaxies discovered so far by the astronomers in the universe:

The Sombrero Galaxy is considered as one of the most beautiful galaxies in the universe. The astronomers also call it as NGC 4594 or M104. It consists of a bright central nucleus with a large central bulge. There is a dark dust lane in the shape of an inclined disk in the galaxy. Both the central bulge and the dust lane combine together to give a shape of a sombrero to the galaxy. Apparently, the magnitude of the Sombrero Galaxy is +9.0. Due to which, it can easily be seen by using an amateur telescope. 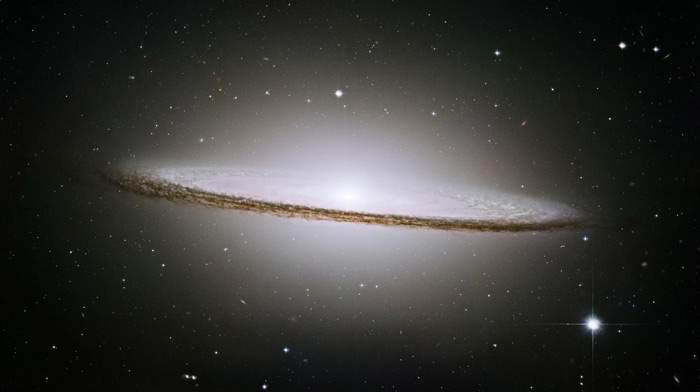 The Black Eye Galaxy is also known as the “Sleeping Beauty galaxy” among the astronomers. It is almost 17 million light-years away from our Earth. It consists of a large number of stars forming the Hydrogen gas. Due to which, there is red color in the middle of the galaxy. Surprisingly, the inner part of the Black Eye Galaxy rotates in one direction. While the stars and the dust located at 40,000 light-years away rotate in another direction.

The Whirlpool Galaxy is one of the best-known galaxies in the sky. It is also known as Messier 51a or NGC 5194. It is one of the most amazing galaxies in the universe with a spiral shape. It is situated at about 23 million light-years in the constellation Canes Venatici. It can easily be viewed using binoculars. Therefore, the professional astronomers study about the galaxy structures and interactions through this galaxy. 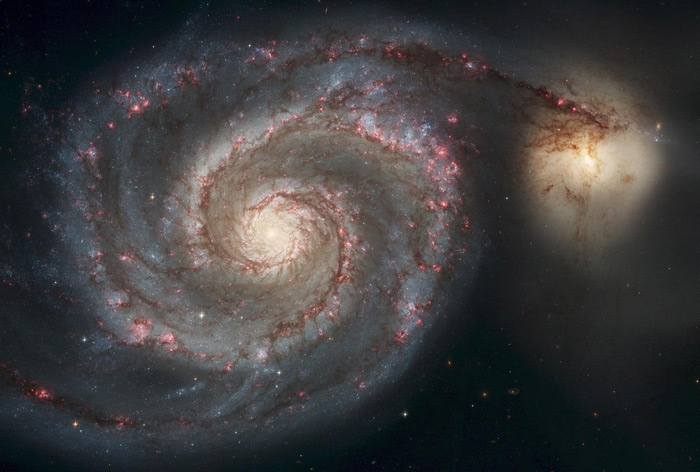 The Occulting Pair Galaxy consists of a pair of overlapping spiral galaxies. It is located at about 800 million light-years away from the Milky Way galaxy. There is a distribution of the galactic dust beyond the visible arms of a spiral galaxy. Due to which, it illuminates.

The dusty arms of the galaxy are 6 times larger than the radii of the starry arms of the galaxy. That’s why it is clearly visible in the Hubble Space Telescope (HST) images against the central. It can also be seen in the core sections of the background galaxy.

The NGC 1512 galaxy is located about 38 million light-years away from the planet Earth in the constellation Horologium. According to the astronomers, it is about 70,000 light-years across. This means it is approximately as large as our Milky Way Galaxy. Therefore, it can be clearly viewed using amateur telescopes. It has a beautiful double ring structure. One of the rings is around the galactic nucleus. While the other ring is in the main disk. 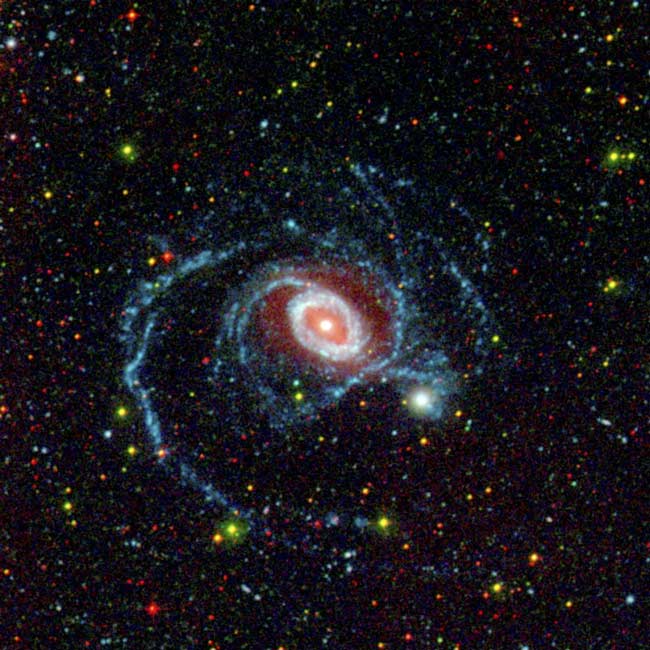 The Messier 81 is one of the largest and most beautiful galaxies in the universe. It is spiral in shape. It is located at about 12 million light-years away from our Earth in the constellation Ursa Major. There is a bright nucleus in the center of the galaxy. It also possesses grand spiral arms and sweeping cosmic dust lanes which enhance its beauty and charm. 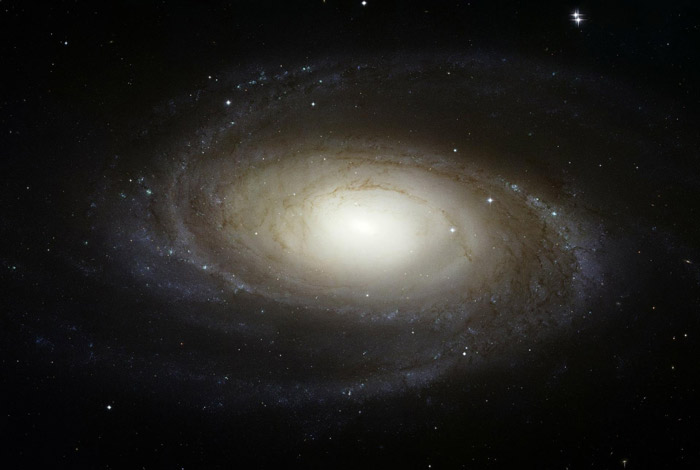 The Supernova 1987A galaxy is present on the outskirts of the Tarantula Nebula in the Large Magellanic Cloud. The light from this galaxy reached the Earth in February 1987 for the very first time. Later on, its brightness peaked in May 1987 with an apparent magnitude of about 3.

It can be easily viewed with naked eyes from the Southern Hemisphere. The astronauts can study supernova and its observations in detail via this galaxy.

The Grand Spiral Galaxy is another beautiful galaxy in the universe with well-defined spiral arms. The spiral arms extend around the galaxy in many radians. Moreover, it is fascinated by millions of stars and dark dust.

Both the stars and the dark dust are bound by the gravitational force rotating around the center of the galaxy. Approximately 10% of all the currently known spiral galaxies have been classified as grand design type spirals by 2002. 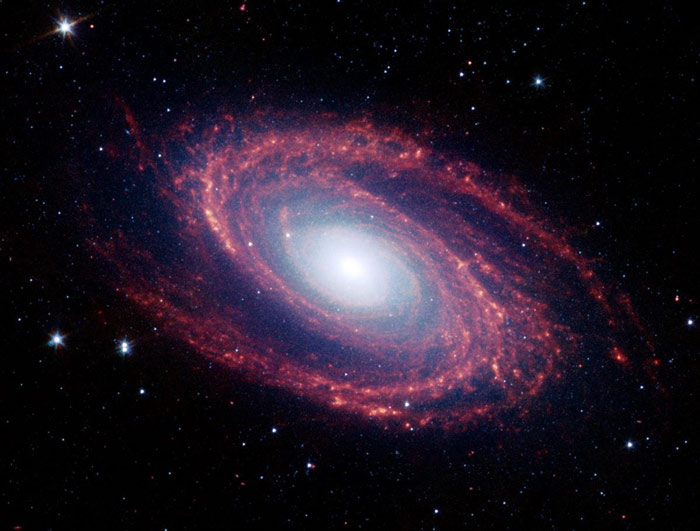 The Galaxy NGC 3370 is also considered as one of the most beautiful and dusty galaxies in the universe. It is situated at about 98 million light-years away towards the constellation Leo. The Hubble Space Telescope captured the beautiful view of this galaxy by using the advanced camera for surveys. They also identified the individual Cepheid variable stars in the galaxy through the images. The astronomers determine the extragalactic distances between the galaxies via the Cepheid variable stars.

There’s now a computer that predict the future