9. It has a Halo but still you can’t see directly

According to the researchers 90% mass of our galaxy consists of the dark matter that makes a mysterious halo. This halo is invisible and we can’t see that. Their presence has been validated with the running stimulation of the Milky Way with this invisible mass.

The stars inside our galaxy disk orbit the center profligately. The orbiting speed is higher in case of the heavier galaxy. If we say that the galaxy is made up of the visible matter then the orbiting would be low than what we observe.

It shows that the rest of the mass must be an obscure, dark matter that only interacts gravitationally with the normal matter.

According to an estimate the Milky Way has 100-400 billion stars in it. The number of stars is not fixed because they are being produced and also losing through supernovae constantly.

Milky Way is a middle weight galaxy that has billions of stars in it. Dwarf galaxies like large Magellan cloud have about 10 billion stars and large galaxies can have as many as a trillion stars in it. 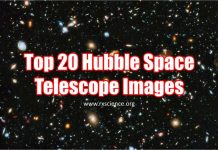